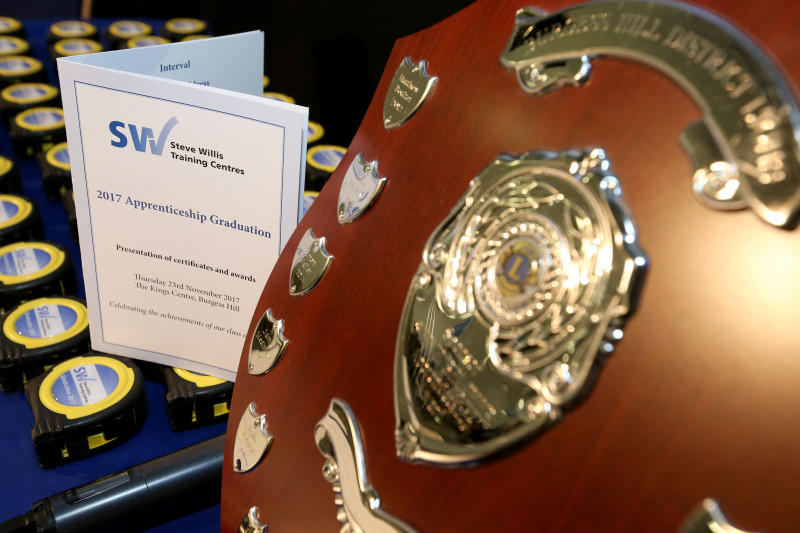 It was the turn of our Burgess Hill Apprentices to mark the completion of their courses at our second graduation of 2017.

In front of employers, friends and families, 62 gas, plumbing and electrical apprentices received their certificates, and 8 special awards were also presented including Apprentice of the Year for each sector.

The awards were sponsored by valued partners including Worcester Bosch, Danfoss, Intergas and the trade bodies CIPHE and NICEIC.

During the evening we raised almost £1,000 for our chosen charity Burgess Hill Youth, with a raffle and a charity auction. Fantastic prizes had been donated including a Porsche Driving Experience at Silverstone and a signed Sussex cricket bat.